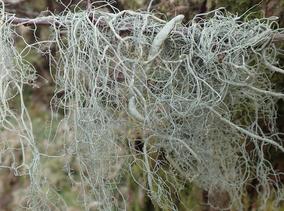 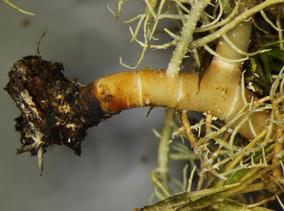 Thallus shrubby, erect to elongate- pendent or decumbent, in most species attached by a compact holdfast that may be concolorous with the thallus or brown-black. Branching patterns varied. Branches rounded to angled, even and smooth or pitted, with a network of ridges, shiny or matt, occasionally with annulations or jointed, then divided into segments which may be swollen and ± constricted at their point of attachment, with or without fibrils, tubercles, papillae and pseudocyphellae. Soredia present in most species, isidia and/or isidiomorphs (isidia arising from soralia) present in many. Outer cortex present. Medulla lax or compact. Central axis a cartilaginous strand of solid, tough, compacted, longitudinally arranged hyphae, white, rarely pinkish or yellow. Photobiont trebouxioid.

Chemistry: usnic acid in the cortex of all species, the medulla with range of depsides, depsidones or fatty acids.