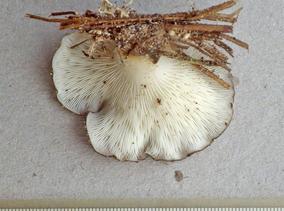 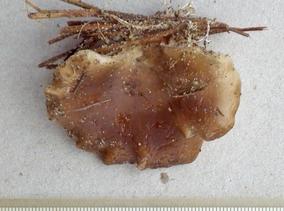 An almost sessile (barely stalked), yellow-brown oyster mushroom with fruitbodies up to 6 or 7 cm diam., growing on bases of Ammophilia, in mobile dunes facing the sea, or sometimes in further back more fixed (grey dune) vegetation. Fruitbodies have been recorded from September to January in GB.

H. bonii was treated in GB as Hohenbuehelia culmicola until 2016, but is now recognised as a distinct species with the same or very similar habitat preference as H. culmicola s.s. Both species are present in GB and co-occur in at least some sites.

Map of known distribution in Great Britain and Ireland.