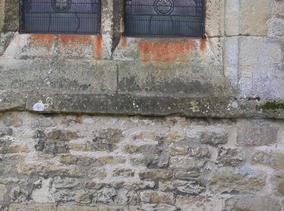 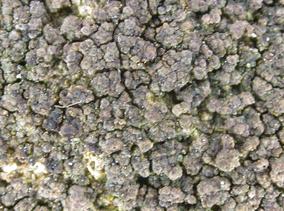 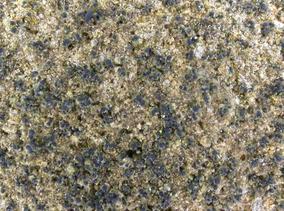 Thallus: superficial, greenish-brown to brown, composed of rounded algal units agglomerated into irregular areoles. A thin pseudocortex composed of small-celled paraplectenchyma is overlain by dead cells. The algal layer occupies much of the thickness of the thallus. The algal cells are up to 8-10 µm in diameter, arranged in weakly defined columns.